The Associated Student Government is a diverse group of student leaders who serve as a liaison between TVCC staff, faculty, and administration.

Student who participate in ASG have the opportunity to maximize student opportunities and experiences, advocate for campus projects and initiatives, and engage in professional growth and development. 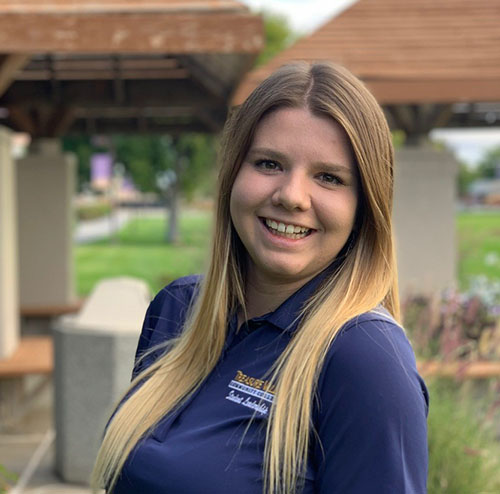 Hannah is a sophomore at Treasure Valley Community College, Hannah was on National Honor Society at Kuna High School and continued her successes at the college level. This is her second year on the Associated Student Government; last year, she was the legislative senator. She is majoring in Ranch Management where she intends on becoming a farrier for her career. Hannah would like to tell the student body, “You get out of it what you put in.” 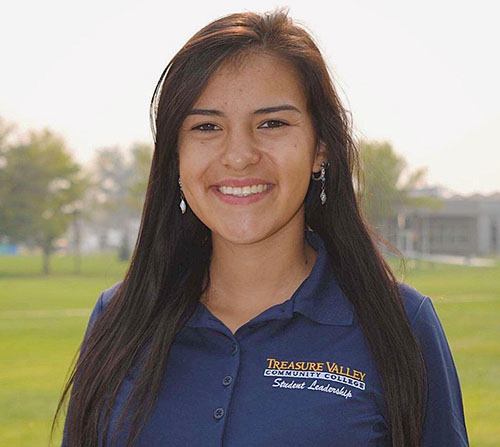 Summer is a sophomore at Treasure Valley Community College; originally from Nampa, ID, she comes to us as a dual-sport athlete playing both soccer and tennis while majoring in Psychology and Sociology. Summer intends to eventually get her master’s degree in psychology to then become a counselor for sexual assault and domestic violence victims. Summer would like to tell the student body, “Don’t be discouraged when a challenge is presented to you; instead, take it head on and conquer it.” 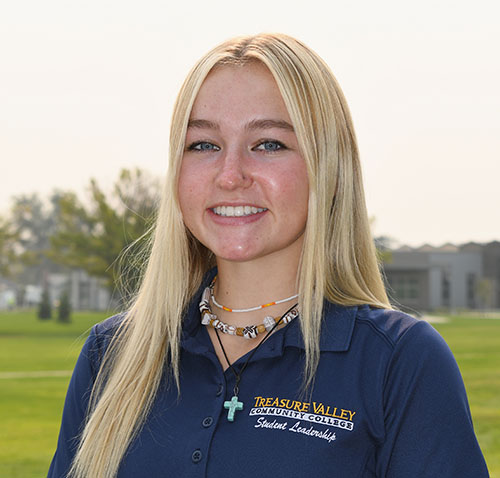 Valerie is a graduate from Marsh Valley High School where she graduated with high honors. She comes to Treasure Valley Community College as a freshman majoring in pre-med. Her career goal is to eventually become a physician’s assistant. Valerie would like to tell the student body, “Never lose sight of who you are, and who you want to become.” 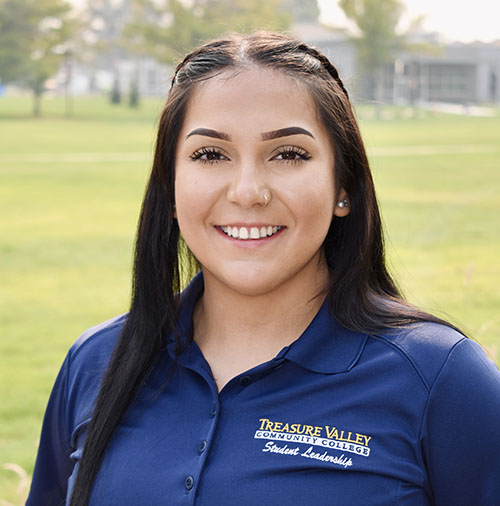 Pita is a third-year student here at Treasure Valley Community College. Originally from Sun Valley, ID, Pita comes to us as a major in Nursing and Dental. Maria plans to graduate with her associates degree before continuing her academic career. She also made the President’s List here at Treasure Valley for achieving a 4.0 GPA, all while playing soccer. Pita would like to share with the student body a quote from Hannah Bronfman, “Don’t forget to tell yourself positive things daily. You must love yourself internally to glow externally.” 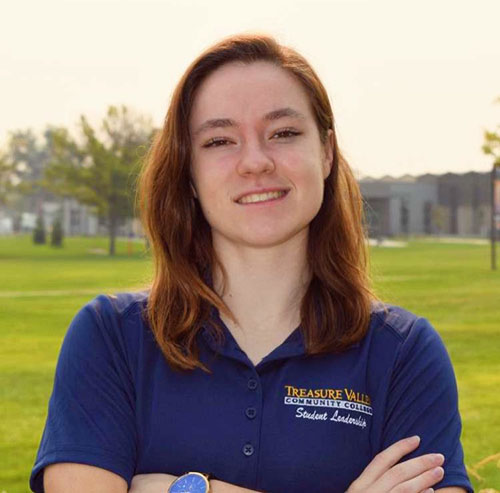 Abby is a graduate from Fruitland High School where she was a member of National Honor Society and nominated MVP for Fruitland Varsity Soccer for two consecutive years. As a freshman majoring in political science, Abby wishes to become a lawyer or even a judge. Abby would like to tell the student body, “Aspire to inspire before you expire.” 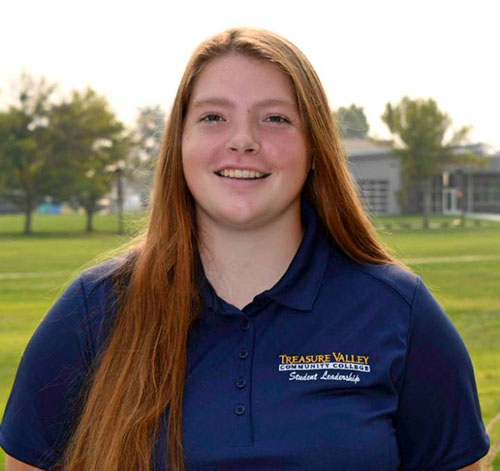 Matilda is a first-year student at Treasure Valley Community College where she is starting as a sophomore. She was a member of National Honor Society at Four Rivers in Ontario – this is where she surpassed her freshman credits at the college level. Matilda is a major in elementary education and has the intentions of getting good grades all year; she would like to have a career working with kids. Matilda would like to tell the student body, “Life isn’t about waiting for the storm to pass, it’s about learning to dance in the rain.”

Positions officially take place on July 1st and remain in office until June 30th of the following year. Any full-time students, enrolled in 12 or more credits and maintaining a 2.5 cumulative and quarterly GPA are eligible for performance based stipends through the Student Programs Department. Positions may come available throughout the year! Contact us today for more information.

The Associated Student Government Office is located in the Weese Building.

Please contact Kate Russell at krussell@tvcc.cc or by calling 541-881-5781 to learn how to get involved!