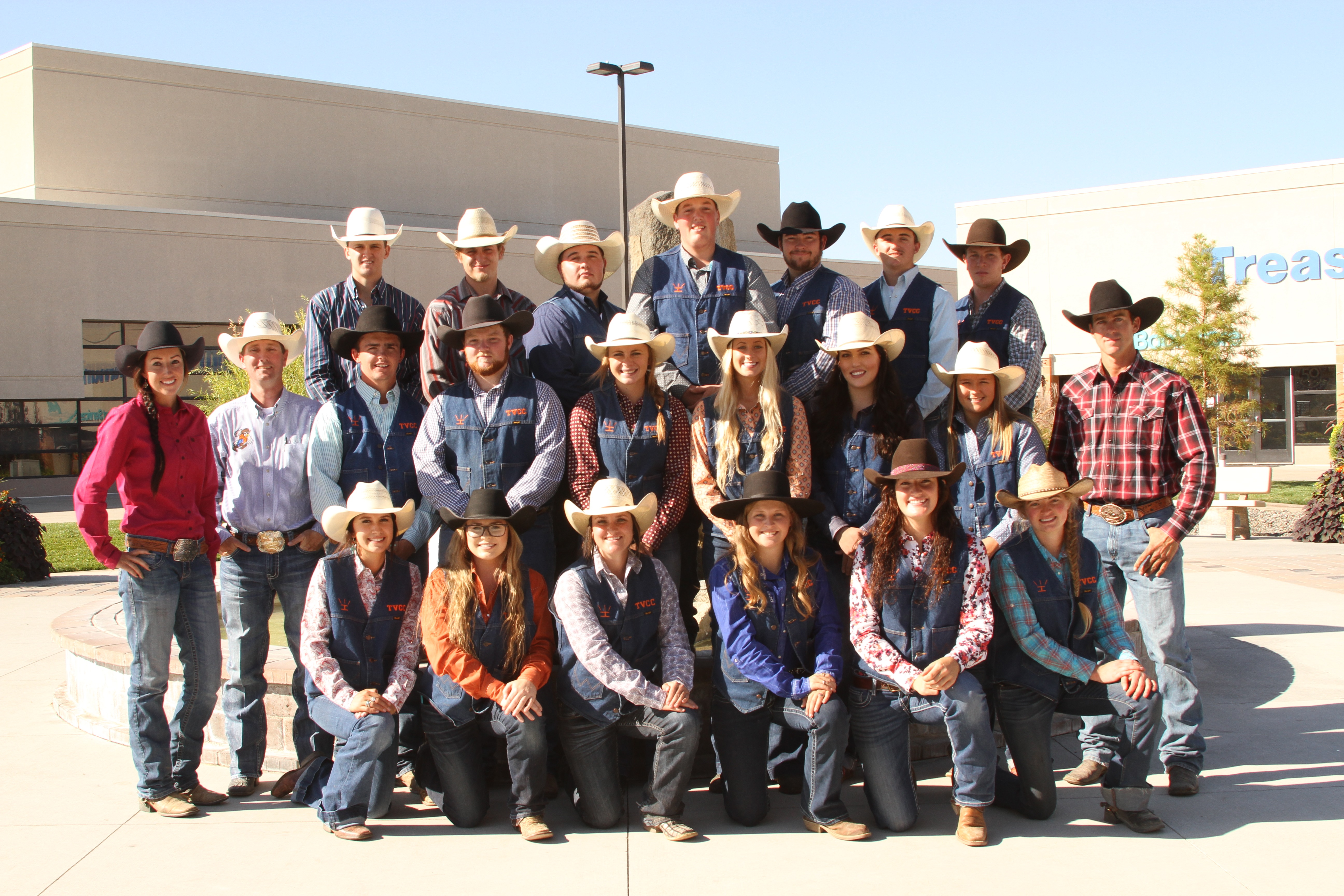 The TVCC Rodeo team is completing its regular rodeo season with a number of new awards and rankings. TVCC earned the top spot in the Northwest Region for its Chukar Rodeo held in October each year bringing home the coveted the Northwest Region Rodeo of the Year title. This honor is presented and voted on by other schools and coaches in the region. Congratulations to the Chukar Rodeo teams and TVCC coaches Drew Pearson, Rylee Potter, and Matt Nauman for this award. And congratulations to TVCC Coach Drew Pearson for being named 2018 Northwest Region Coach of The Year.

For the first time in more than two-decades, the entire TVCC Men's Rodeo team is headed to the College National Finals Rodeo (CNFR) in Casper, Wyoming this June. The Men's team was named 2018 Reserve Champions for the Northwest Region - College Rodeo. The TVCC Women's team ranked number four overall. Several TVCC Chukar team members earned individual and team rankings and will also compete at the CNFR in June.

More than 400 competitors from more than 100 universities and colleges compete in Casper each year. Contestants compete all year in one of the NIRA's 11 regions for a chance to rope or ride at the CNFR. The top three students in each event, and top two men's and women's teams from the NIRA's 11 regions qualify for the CNFR. For a complete list of standings please visit www.collegerodeo.com